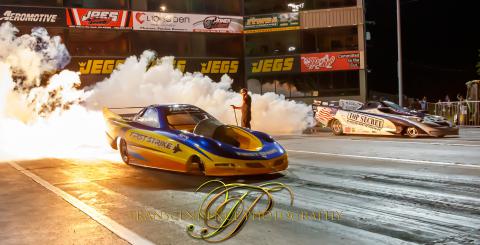 We are excited to announce the 2022 National Trail Raceway drag racing schedule.  Next season is shaping up to be another great year for racers in Central Ohio.

May 7 is the Hillbilly Nationals Demolition Drag Race which is a fun event for the whole family.

Fans and racers of No Prep Racing will have 3 races this coming season with the King of Columbus No Prep May 14, No Prep Kings June 3 and 4 and Ohio Grudge Racing Uncaged Backwards race August 7.

The JEGS Junior Buckeye will be held Father’s Day weekend for a fun filled weekend for the kids.

The Night of Thunder will be held Saturday Night June 25 with Jet Cars, Funny Cars, Scott Rod’s Gassers and Fireworks.

The Annual Mopar Nationals will be on their traditional date August 12-14.

September will feature the JEGS Summer Fling, one of the biggest bracket races in the country comes to National Trail Raceway.

The season will conclude in October with our traditional Halloween Hootout on September 30 – October 2.

The season will also include 14 JEGS ET Series races consisting of 7 double header weekends.  Bracket racers in Central Ohio will also get a chance to race for some guaranteed payouts at the Double Deuce Nationals May 20 -22, Buckeye Bracket Triple Crown June 24-26 and a brand-new event the Trails 300 August 26-28.

We will have further announcements regarding specialty series and other events as we continue to add to the 2022 schedule.